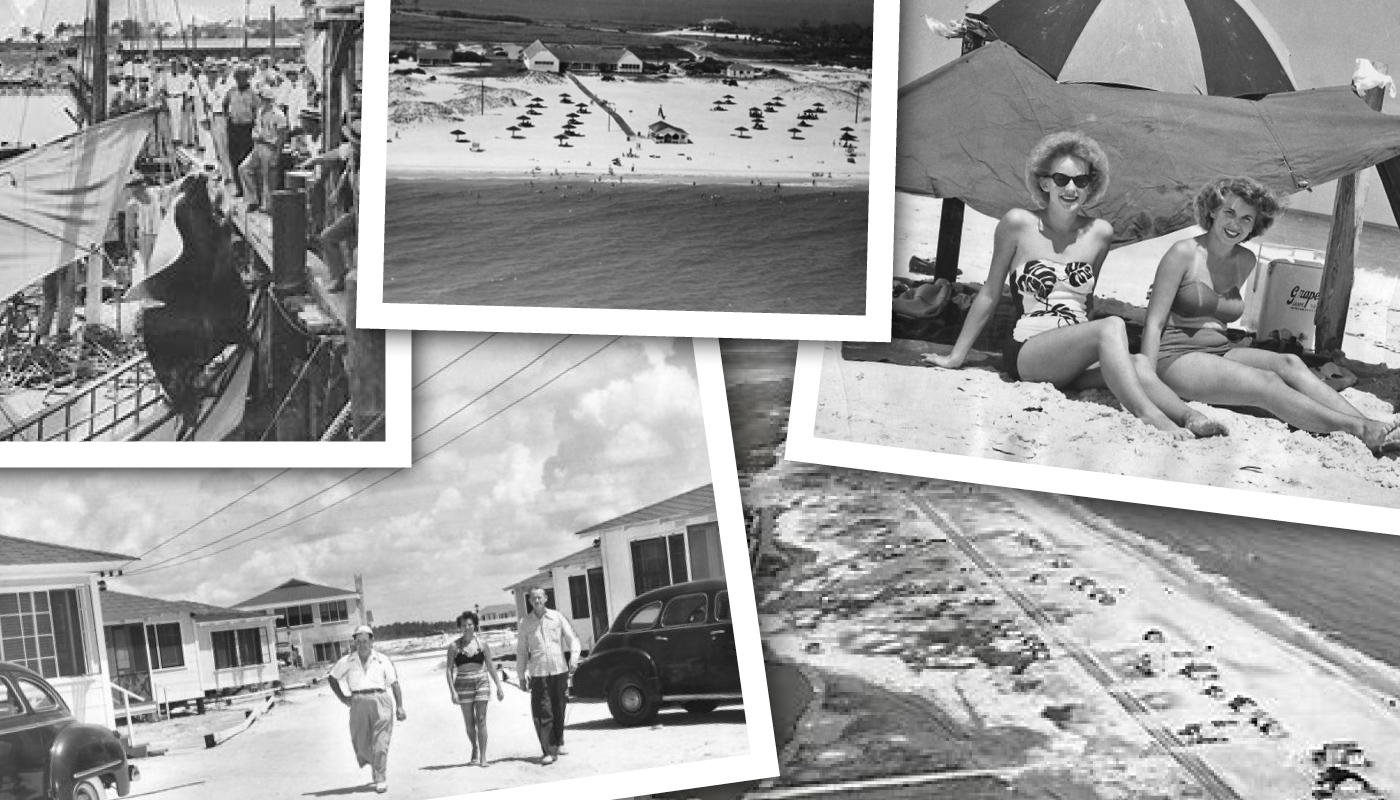 Then to Now – The History of Gulf Shores and Orange Beach

From sleepy seaside fishing hamlets to bustling beach communities, the evolution of Orange Beach and Gulf Shores has been refreshingly balanced over the years. Both communities still possess the simple, salty charm of yesteryear but also boast tasteful modernity and amenities. (A delightful mix if you ask us!)

Here’s a brief history of Orange Beach and Gulf Shores—the tale of a tiny fishing village that became a thriving destination, a story of back bays and coves, salt captains and spartan settlers, water and land, and the peoples that not only inhabit these waters and lands but embody their free-flowing adaptable spirits.

Since time immemorial, the area of Gulf Shores and Orange Beach has played host to human civilizations. For millennia, Native Americans occupied this area. Early tribes such as Creeks, Alabamas, Cherokees, Choctaws, Chickasaws, and Seminals lived off the rich bounty of land and sea. Today, it’s not uncommon to discover old Native American pottery or artifacts hidden in the pine forest soils and backwater bay sands.

Eventually, European explorers and Spanish conquistadors touched down on the sugar-white coast of Gulf Shores and Orange Beach. With them, they brought ships, seafaring modes of living, forts, and even a fair share of pirates who prowled the Gulf of Mexico.

In the early 1800s, the first modern-day settlers began staking claims. Attracted by the vast interconnected waterways and abundant pine forests, they lived off the land and sea, establishing distinct communities along the way. By the 1860s, Orange Beach was its own distinct community.

From Logging to Fishing

In the early days, the area’s vast pine forests made Gulf Shores and Orange Beach prime real estate for a booming lumber industry. From turpentine harvesting to shingle-making, the original growth of the area arrived on the bountiful back of trees.

Eventually, another innovation would prove to drastically alter the ethos and growth potential of the area: the boat. Boats have played a vast and hugely prominent role in the history of Gulf Shores and Alabama. There were more boats than automobiles for a large chunk of the 20th Century. Used for transportation, for taking cargo to and from town, and of course for fishing, boats provided the lifeblood livelihood for many Orange Beach and Gulf Shores families.

It’s no surprise that Gulf Shores and Orange Beach became prominent fishing villages. Shrimping, oystering, and fishing employed almost everyone in the area throughout the early settlement years until the 1970s. However, fishing wasn’t just a primary industry; it was a way of life.

In the early days of the 20th Century, life in Gulf Shores and Orange Beach was still relatively spartan. There was no electricity. Residents ate what they harvested. They grew sugar cane for rum and molasses and raised cows, goats, and pigs for meat. Highway 59 was a red clay road. Life was good but hard, hard but good.

In 1905, the railroad arrived. With it came various other signs of progress: groceries, hardware stores, and a post office. Gulf Shores and Orange Beach grew.

The completion of the Intracoastal Waterway in 1937—a shipping canal that runs along the Gulf and East Coast—compounded that growth. It reshaped the area and made it more accessible.

The Arrival of Tourism

While locals were living and thriving in the backwater bays, tourists soon got wind of the beaches—the beautiful, pristine, otherworldly beaches. Soon, the sleepy fishing villages of Orange Beach and Gulf Shores would grow beyond anyone’s wildest imaginations into bustling beach communities.

In the years following World War II, the towns flourished. Cottages and houses proliferated. It became an idyllic beachside town where water sports thrived, and “the eternal summer” found a home. Locals oriented their lives around the water. From sunup to sundown, they would fish, swim, waterski, and do anything and everything on the water.

Soon, visitors joined them. From nearby cities of Mobile and Montgomery, and beyond from other regional hubs, they initially flooded in for the fishing. Early tourists hired local fishermen to take them on guided fishing trips.

These tourists have since stayed for the beaches…. Well, and the fishing—Orange Beach and Gulf Shores still today boast one of the largest charter fishing fleets in the country.

The History of Accommodations

The first tourist-specific lodging to grace the area was the Orange Beach Hotel. Opened in 1923  and overlooking Wolf Bay, this beautiful haven has welcomed visitors for several decades. Today, the building houses the Coastal Arts Center.

Other accommodations soon followed: Gulf View Park in the 1930s, and Gulf Gate Lodge in the 1950s. In 1960, White Caps—Orange Beach’s first Gulf front hotel—opened with the area’s first swimming pool. The arrival of condos contributed to an enormous increase in tourism, which still shapes the overall ethos of the area today.

Today, Kaiser Vacation Rentals offers some of the finest continually-curated properties in the area.

In many ways, Gulf Shores and Orange Beach haven’t changed all that much. Over the course of their centuries-long histories, they’ve maintained so much of their original character. Blessed by geography, shaped by wind and sea, molded by an appreciation and dedication to the land, Gulf Shores and Orange Beach are communities where the community comes first—and beaches, backwaters, and fishing come in a very close joint second.

In short, life is better here. It always has been. 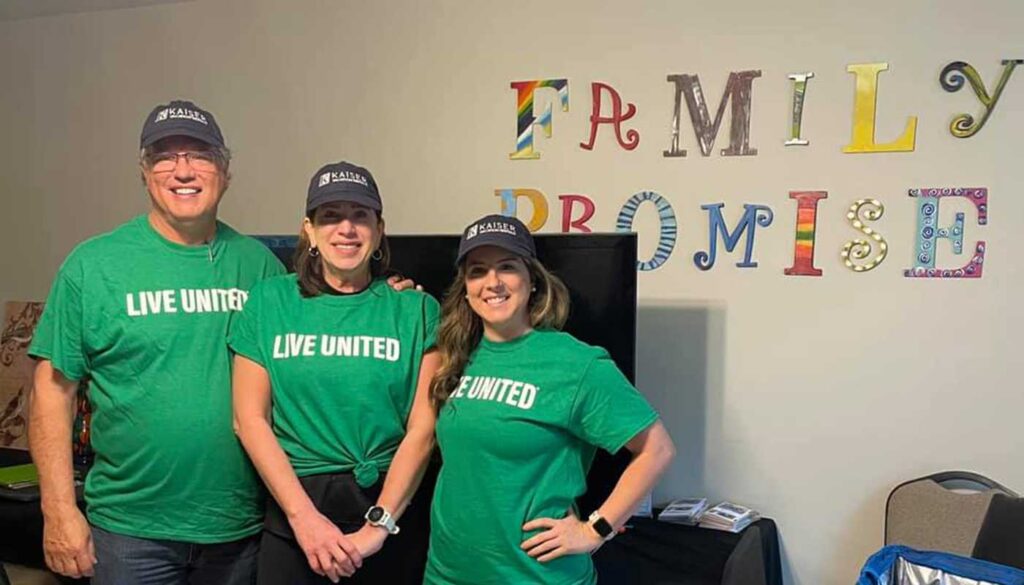 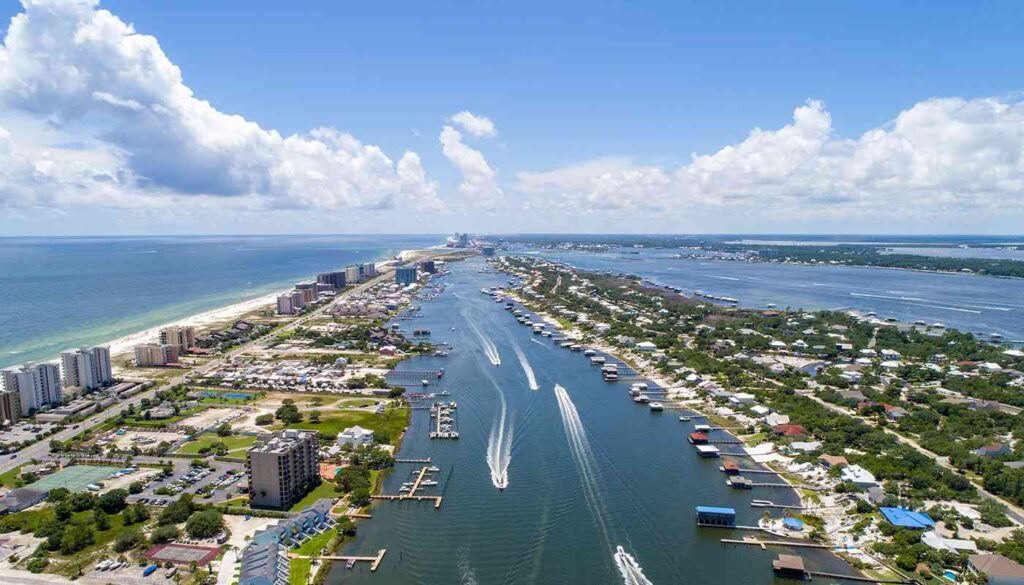 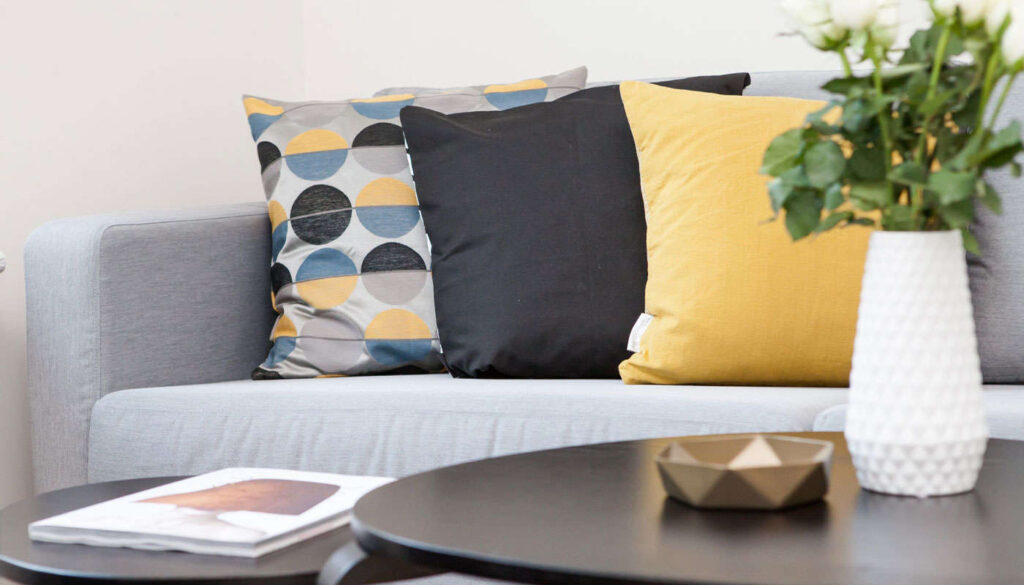